In the Vancouver wilderness, a wolf pup was born who would grow up to be known all over the world as Takaya, which means “wolf” in the indigenous language of the Coast Salish and “respectful one” in Japanese.

When Takaya was a juvenile, he left his birth pack to search for a mate and territory of his own. Takaya wandered for many miles from the rural countryside to suburban Victoria and around the crowded city to the southern tip of Vancouver Island. Takaya crossed the channel waters, swimming over 12 nautical miles in the frigid Salish Sea and eventually made his home on an island archipelago that included the Chatham and Discovery islands, just a stone’s throw from the city of Victoria. The channel waters that separate the archipelago from Vancouver Island can be treacherous, with strong currents and frequent winds that can cause riptides. The strong and determined Takaya survived the dangerous conditions and was first spotted by people on Chatham Island in May 2012.

The group of islands is small, uninhabited and undeveloped. The Chatham Islands and the northern region of Discovery Island are designated Indian Reserve Songhees Nation lands, while the southern region hosts a marine provincial park with hiking trails, wilderness camping, swimming, fishing and sea kayaking. When Takaya’s presence was discovered on the island, the park closed to the public. Efforts were made to trap and relocate the wolf, but he managed to avoid capture and the park was eventually reopened. 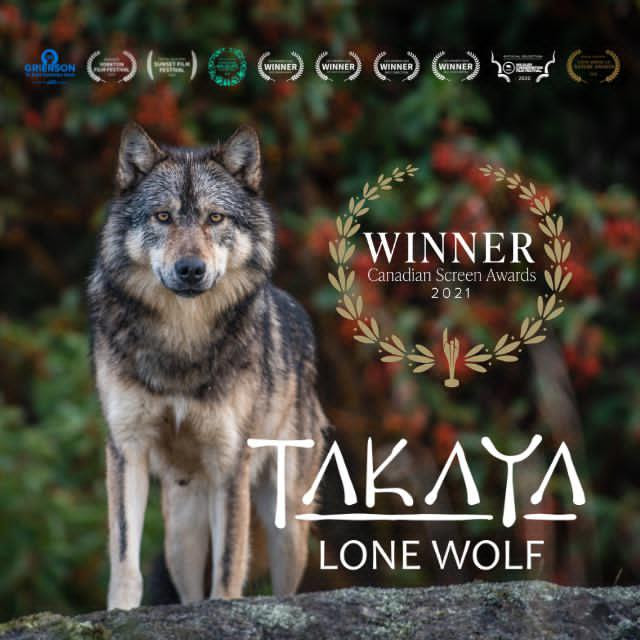 For eight years, Takaya coexisted with island dwellers in peace and solitude. During that time, conservation photographer Cheryl Alexander documented his life, observing that he adapted well to his surroundings by hunting unfamiliar prey such as seals and learning to dig for water during periods of drought. Takaya accepted the people who visited his home with a degree of caution, often observing them from a safe distance but mostly avoiding interaction and keeping out of sight. Throughout his eight years on the islands, Takaya remained without a mate and his lonely howls could be heard by Victoria’s residents on clear, windless nights.
‍
In 2019, Cheryl wrote and produced an award-winning film, “Takaya: Lone Wolf” and wrote a best-selling book of the same name in 2020. People all over the world were moved by Takaya’s story and held onto hope as his journey continued. He was hunting and feeding himself in a foreign territory and yearning for a mate. He was a true survivor!

In January 2020, Takaya ventured deep into the heart of the city. A female wolf had been spotted and heard howling in the area, so perhaps he was looking for her. Takaya was found by conservation officers wandering the streets of Victoria, who tranquilized and tagged him, then relocated him to a remote area west of the city.

Just eight weeks later, Takaya was shot and killed by a trophy hunter while trying to find his way home. The hunter immediately skinned Takaya, removed his head and feet and sent his pelt to a taxidermist to be stuffed, mounted and displayed. A necropsy showed Takaya was 11 years old, in excellent condition, with a belly full of beaver. His unusual story of survival and resilience continues to inspire the world, despite the world’s inability to protect him from slaughter.

From Takaya, the lone wolf of Discovery Island, we celebrate the true nature of wolves. We recognize that coexistence with one another is possible and a wolf is an individual, not a statistic.

Information about Takaya’s remarkable legacy can be found at www.takayaslegacy.com. 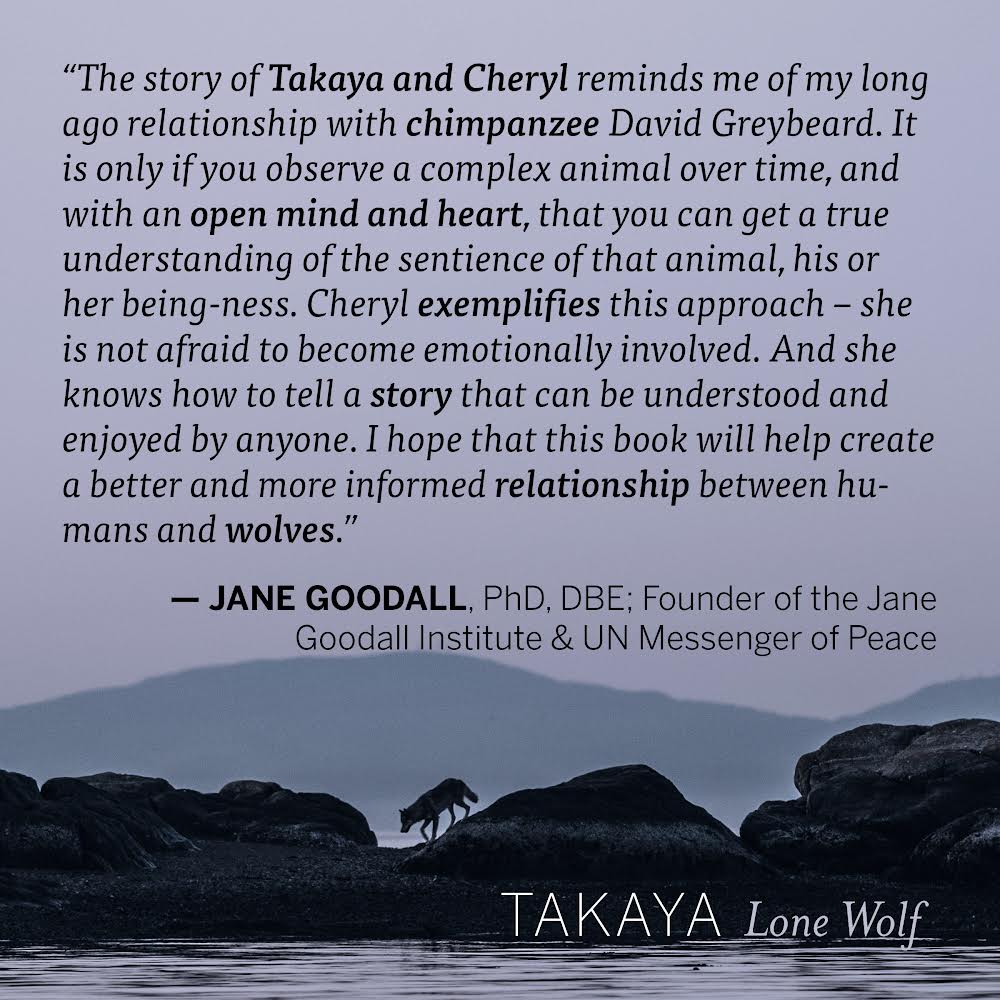 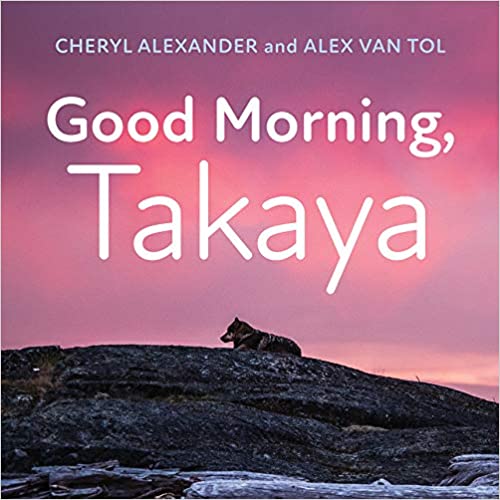 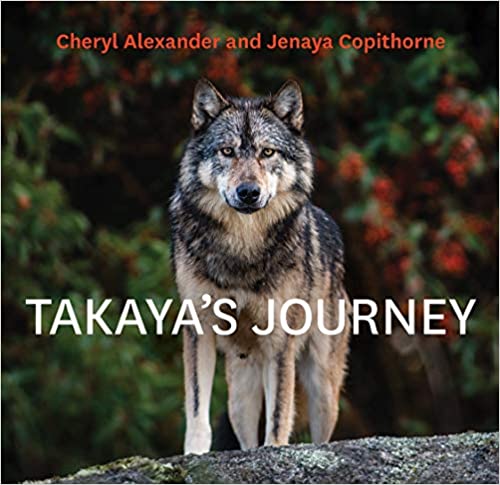 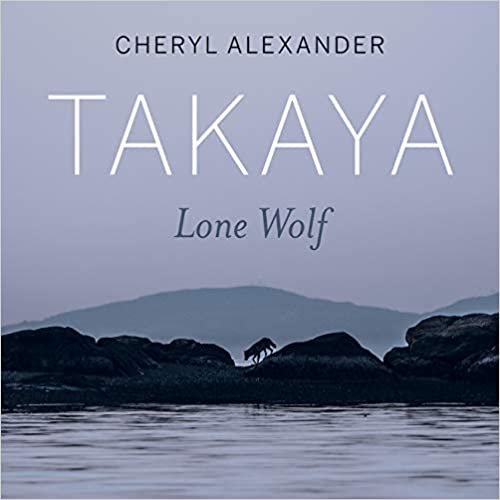 A poignant chronicle of the author’s relationship with Takaya, a solo wolf living on uninhabited islands in British Columbia. Alexander lovingly documents the eight years she spent observing and advocating for the lone wolf. 2020