42F refers to her radio collar and F refers to female.
aka Cinderella

42Fs story begins in British Columbia, Canada where she was captured in 1996 and brought to Yellowstone.

She arrived to Yellowstone National Park with her mother, and two sisters, 40F and 41F. An unrelated Canadian male wolf was placed in the pen with the females to complete the family group. Named for a nearby geographical feature, the Druid Peak pack would become one of the most famous wolf packs in Yellowstone history!

40F was strong-willed with an aggressive temperament, and before long she became the dominant female, taking control of the alpha role from her own mother. She ruled over her sisters by bossing them around, and they took regular beatings from her overbearing sister. 41F tired of the thrashings and left the pack, but 42F stayed. Loyal to her family and conscientious of her rank, she didn't fight back. For this, 42F was called Cinderella, after the storybook character who was picked on by her step-sisters.
‍
In November 1997, the Druid Peak pack traveled outside the boundaries of Yellowstone to look for better hunting opportunities. During that trip, both the alpha and beta males of the pack were illegally shot and killed, leaving the pack without any adult males. Several weeks later, 21M, a handsome, two-year-old, black-coated wolf from the Rose Creek pack encountered the remaining Druid members after they returned to the park. Although 21M was the son of famous wolves 9F and 10M, and born into the first litter of wild wolf pups in the Greater Yellowstone Ecosystem in over 70 years — matriarch 40F was no pushover; it would take a special male to become her mate. 21M bravely faced 40F, and after hours of testing and consideration, he was accepted as her mate and the new Druid alpha male.

In 2000, 21M bred with 40F, 42F and their niece, 106F. Each female produced pups in their own separate dens: 40F in the traditional Druid den, 42F to the west, and 106F to the east. Although 40F was the pack's highest ranking female, alpha male 21M was the only pack member to regularly assist her. 42F, however, was well-liked and visited often. On the evening of May 7, 2000, 40F doled out another thrashing and followed her sister back towards her den. This time, 42F had had enough; she had pups to protect and wasn’t going to take any chances. A fight broke out between the sisters, with at least two other females joining 42Fs side. The following day, 40F died as a result of her injuries. 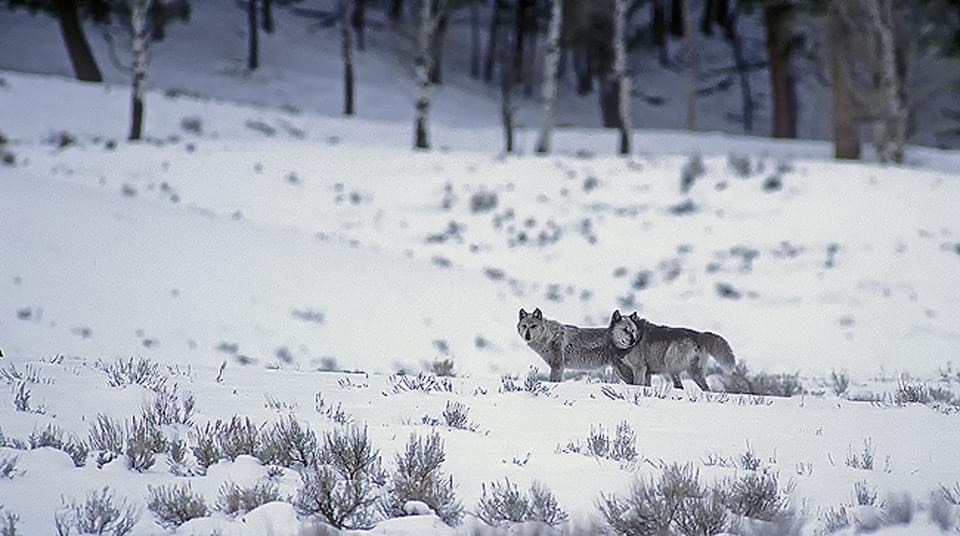 Afterwards, 42F moved her pups from her den to 40Fs den, and quickly took over the alpha female role. Not only did 42F take in her sister’s pups and raise them alongside her own, she also welcomed her niece and her pups into the den. Under the rock-solid leadership of 42F and 21M, all three litters — 21 pups in all — were raised in the same den. Their efforts were remarkably successful, with 20 of the 21 pups surviving at year end. 42F had risen to become the alpha female of the largest wolf pack ever recorded — a Druid super pack of 37 wolves!

Cinderella found her prince in 21M, the nearly inseparable pair made a striking couple, perfectly complimenting one another. Together, they formed one of the most famous partnerships in the history of Yellowstone wolves, leading the Druids through five of the most well-known years of the wolf reintroduction.
‍
42F was killed by a rival pack on February 2, 2004, at the age of eight. As 21M grieved the loss of his beloved, his mournful howls could be heard echoing across the Lamar Valley. Just four months later, 21M took his last breath beneath a tree, high on a ridge overlooking the Lamar Valley territory that had been his and 42Fs home for so long.

During the lifetimes of 42F and 21M, gray wolves remained federally protected under the Endangered Species Act. But five years later, in 2009, the U.S. Fish & Wildlife Service delisted wolves in Idaho and Montana, and both states quickly authorized wolf trophy hunting seasons. The wilderness outside the boundaries of Yellowstone was no longer a safe place for wolves. On Oct. 3, 2009, the daughter of 42F and 21M, 527F, was killed by a trophy hunter in Montana. Her mate and daughter were also killed in the hunt, and the Cottonwood pack she founded dissolved.

Trophy killing continues today. Hundreds of wolves are killed each year in Idaho, Montana, and Wyoming. In the 2021-2022 wolf trophy hunting season, 25 Yellowstone wolves were killed — not because they were problem wolves — simply for existing in a wolf's body. Every wolf should be able to live and die as 42F and 21M — according to the laws of nature and safe from the threat of human-caused mortality. 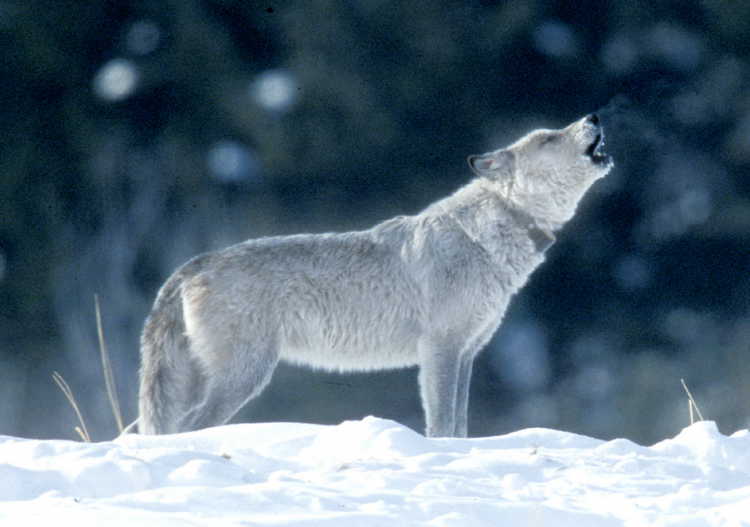 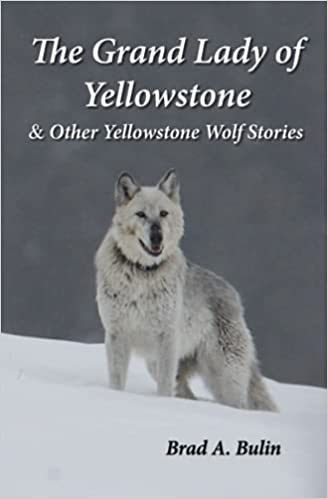 Vivid portrait of the wolves of Yellowstone. Bullin writes from personal experience as a Yellowstone Guide and Wildlife Filmmaker. 2020 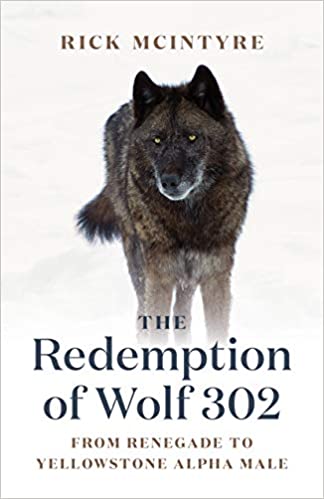 Redemption of Wolf 302: From Renegade to Yellowstone Alpha Male

A coming-of-age story about Wolf 302's transformation from a ne'er-do-well who ran from danger to a leading his own pack, the new Blacktails pack. Follow along as 302 matures and proves it is never too late to change (Alpha Wolves of Yellowstone, Book 3). 2021 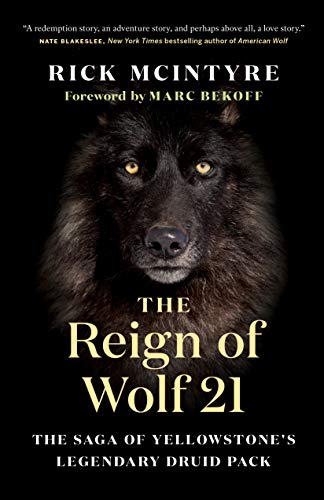 Reign of Wolf 21: The Saga of Yellowstone's Legendary Druid Pack

McIntyre chronicles Wolf 21M revered for his bravery and commitment to his mate, Wolf 42F. Stepson of Wolf 8, he stepped in as leader of the Druid Peak Pack that dominated the park for more than ten years (The Alpha Wolves of Yellowstone, Book 2). 2020 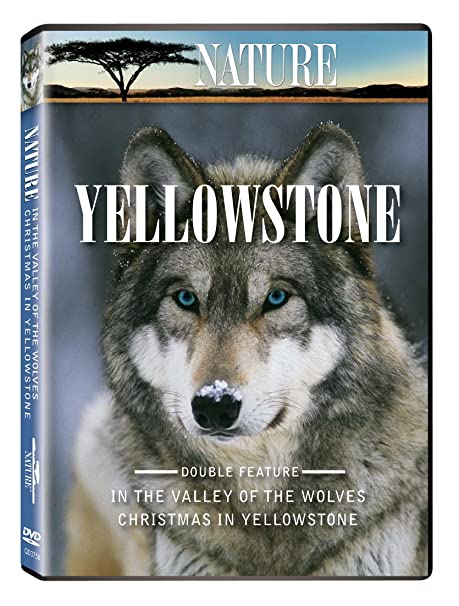 [DVD] Nature: In the Valley of the Wolves

The epic story of 21M and 42F is documented, with footage and production by Emmy-award winning filmmaker Bob Landis. Popular Yellowstone wolf 302M (Casanova) makes an appearance in this film. 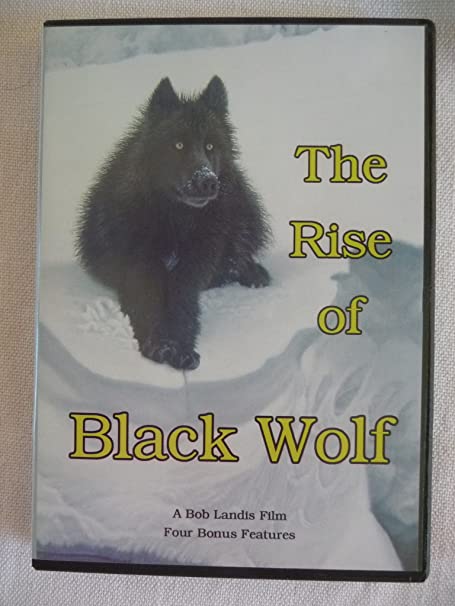 [DVD] Rise of the Black Wolf

The story of Wolf 302M, also known as Casanova, one of Yellowstone’s most well-known and loved wolves. Footage and production by Emmy-award winning filmmaker Bob Landis. 302M was known to woo the ladies and was chased from the Druid Peak Pack by 21M.