In January 1995, fourteen wolves were captured in Alberta, Canada and transported over 1,000 miles to Yellowstone National Park. The wolves had an important job to do. They would restore an iconic species to the American West that had been missing for seven decades!

The return of the wolf to Yellowstone was an eagerly anticipated and joyous occasion. School children lined the road at the North entrance to the park, waving American flags and cheering for the wolves’ return as the truck carrying this precious canine cargo arrived on January 12. A breeding female, 9F, and her daughter, 7F, were taken to the Rose Creek acclimation pen constructed in Yellowstone's Lamar Valley to hold a wolf family unit. This pack was not complete without an alpha male.

Eight days later, a second shipment of wolves arrived at Yellowstone that included an especially impressive male wolf, unrelated to 9F, and whom biologists believed would make her the perfect mate. Weighing in at a hefty 122 pounds, reintroduction staff called wolf 10M “The Big Guy”. His coat was a striking silvery-beige and his golden eyes didn't hesitate to look directly at the reintroduction staff. Especially bold, confident, and charismatic this wolf was every bit an alpha male.

The shipping crate containing 10M was carried to the Rose Creek acclimation pen, the kennel door was raised, and 10M ran straight to 9F eager to become acquainted with his new mate. She was equally magnificent, with a beautiful black coat sprinkled with flecks of brown and silver. After the initial tension between the pair wore off, the couple paced the pen side-by-side and slept curled up together. The matchmaking worked giving biologists another reason to celebrate.

At the end of a two-month acclimation period, reintroduction staff opened the gate to the Rose Creek pen to allow the wolves to freely leave. When biologists returned later, 10M had already exited through the gate. The Big Guy was standing on a hillside overlooking the pen, watching them intently, and howling as snowflakes fell onto his lustrous coat. Yellowstone Wolf Project biologist Doug Smith wrote, " His head high, he howled again, with the snow and wind blowing through his fur. Chills shivered down my spine. The first wild wolf released in Yellowstone.... For twenty-five minutes he followed us at a distance as we headed back. This was rare wolf behavior to be sure, but 10M was no ordinary wolf."

Although 10M was a free wolf in Yellowstone, he wasn't about to leave 9F behind, and he waited patiently for days until his mate joined him. Wolf packs are generally named for where they live. In 1995, the wolf packs released into Yellowstone were named for the acclimation pen in which they began their days in the park. 9F and 10M were the alpha pair of the Rose Creek pack.

The couple freely roamed the wilderness ecosystem until they stopped near Red Lodge, Montana when a pregnant 9F needed to seek out a den. On the morning of April 26, 10M was searching the area when two locals spotted him standing on a ridge. Despite federal laws in place that protected the gray wolf as an endangered species, one of the men grabbed his rifle and fired anyway. 10M was struck in the chest cavity bringing the big wolf to the ground. Tragically, 10M had only survived 34 days as a wild wolf in the Greater Yellowstone Ecosystem before the bullet killed him.
‍
9F found her beloved and laid down beside his headless and skinless body. That same day, she gave birth to eight pups underneath a spruce tree. They were the first wild wolf pups born in the Greater Yellowstone Ecosystem in over half a century. Fathered by 10M before his death, his great bloodlines were passed onto the sons and daughters he would never see.

10Ms legacy lives on through descendants such as 06; she is a great-granddaughter of 9F and 10M. 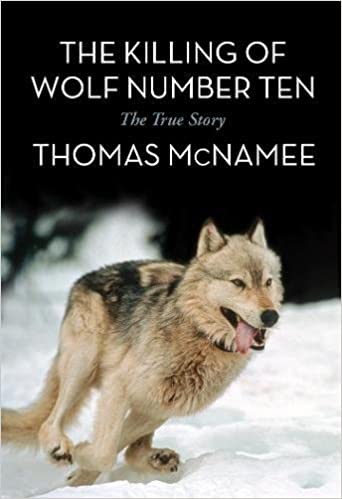 Wolf 10 was shot and killed just outside the protected lands of Yellowstone National Park with a high-powered rifle. His mate, Wolf 09, dug a den next to his body and gave birth to eight pups. This is their story. 2014 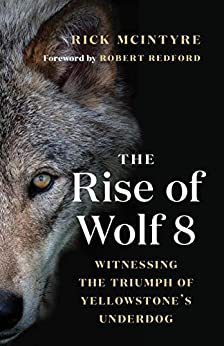 Rise of Wolf 8: Witnessing the Triumph of Yellowstone's Underdog

The story of Wolf 8, brought to Yellowstone in 1995. An unlikely hero, Wolf 8 struggled as the runt of the litter, but grew into a great protector of his family. He became stepfather to Wolf 9's pups after her mate was killed and went on to sire pups with Wolf 9 and one of her daughters. (The Alpha Wolves of Yellowstone, Book 1). 2019 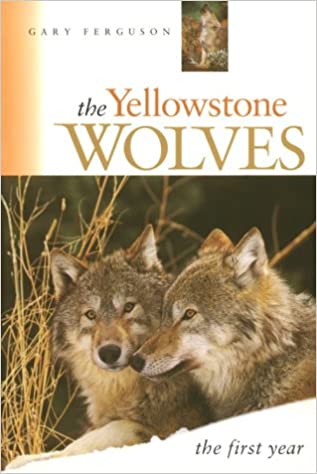 The award winning nature writer beautifully tells the story of how wolves were reintroduced to Yellowstone.