The Devastating Consequences of Trophy Killing.

Hunting big game animals in America became popular as a sport in the late 1800’s. The thought was to target older males — the trophy animals — and trophy hunting was born.

Beginning in the 1960s, there was a growing awareness of ecological and conservation issues. President Nixon made the environment a cornerstone of his presidency. The Endangered Species Act (ESA) of 1973 passed with strong bipartisan support — unanimously in the Senate and by a vote of 355-4 in the House.

Their fate rests with the "management" decisions made by state governments and politically appointed wildlife commissions. State legislatures, catering to special interest groups, pass regressive pro-trophy hunting bills that overlook wolves' intrinsic and ecological role. The farming and ranching industries rationalize anti-wolf policies as the price for threatening livestock. Others push the false narrative that if not for wolves, then more deer and elk would be available for hunters.

Wolves are very resourceful. All they need is for people not to shoot them. 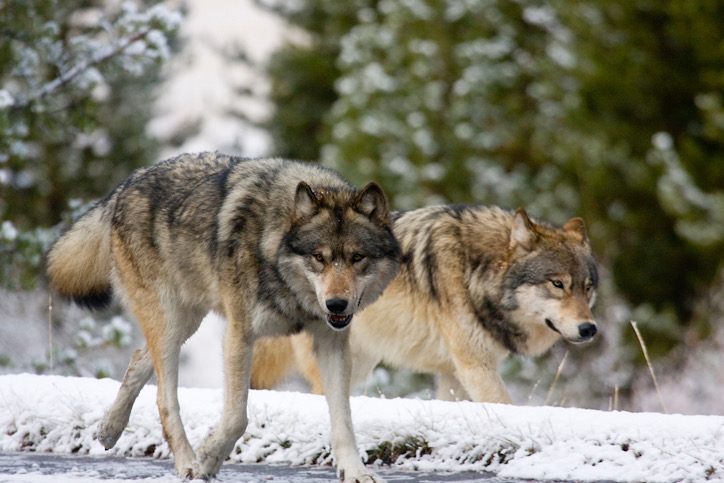 How can this be legal?

According to 2020 data from the U.S. Fish & Wildlife Service, less than 5% of the U.S. population are hunters. Most Americans value wildlife and are against anti-wolf policies, yet the vocal minority is dictating wolf policy for the majority of us. This is one of the many reasons why we must elect candidates who will support protecting wolves.

In 2021, Montana and Idaho passed controversial new wolf management laws that removed most restrictions on wolf hunting. Trophy hunters are allowed to kill wolves in a myriad of ways and get reimbursement — like the bounties placed on the head of every dead wolf hundreds of years ago. In Wisconsin's first wolf hunt after federal ESA protections were removed, hunters massacred about 21% of the state's 2020 estimated wolf population. In Wyoming, wolves are classified as vermin across 85% of the state and can be shot-on-sight, year-round, no hunting license required.

In a recent 12-month period, 570 wolves were killed in Idaho, including at least 35 wolf pups, some weighing under 16 pounds and likely only 4-6 weeks old. Some of the wolves died in traps of hypothermia and some had shattered teeth from trying to escape.

In the 2021 Montana legislative session, lasting just ninety days, legislators passed a series of bills designed to reduce the state’s wolf population by as much as 85%. Wildlife managers authorized a myriad of options for hunters and trappers to kill wolves, including eliminating quotas in the area bordering Yellowstone National Park — which made it open season on park wolves venturing into Montana.

Across most of Wyoming, the wolf hunting season never ends. Draconian laws allow year-round, unlimited, and unregulated wolf killing in the so-called Predator Zone covering 85% of the state. Hunters are allowed to harass, pursue, hunt, shoot, or kill wolves from or by use of any machine in the air or on the ground. Hunters can chase wolves on snowmobiles until exhaustion and run them over for an easy kill. The state legislature overwhelmingly defeated a bill in 2019 to outlaw this practice known as “snowmobile whacking”. For obvious reasons, few wolves that disperse into the expansive Predator Zone make it as far south as Colorado, which is why a reintroduction of wolves there is necessary.

The politically appointed Wisconsin Natural Resources Board (Board) approved a quota of up to 300 additional wolves to be hunted just six-months later. The fall hunt was challenged in court by a coalition of wildlife groups and blocked when a judge granted a temporary injunction. Six Native American tribes also filed a lawsuit in federal court asserting that the hunt violates their treaty rights and endangers an animal they consider sacred.

In February 2022, federal ESA protections were restored for gray wolves nationwide. Wisconsin wolves are safe from legal hunting — at least for now. 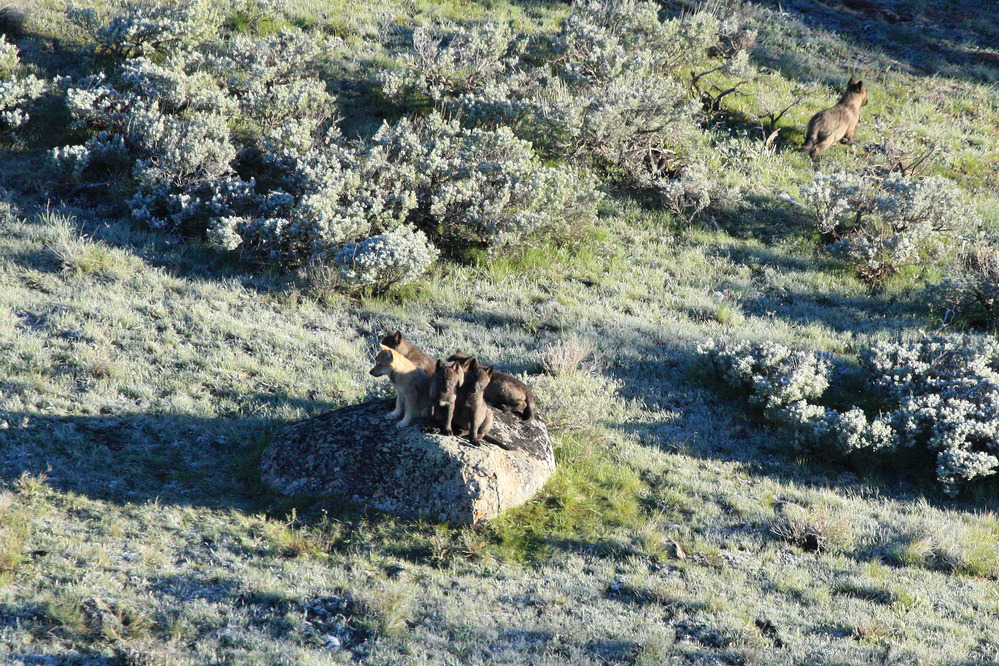 8-Mile pack wolf pups; Dan Stahler; June 2013/NPS Photo
< Back to About Wolves
NOT A THREATWOLF STORIESHOW TO HELPTimeline